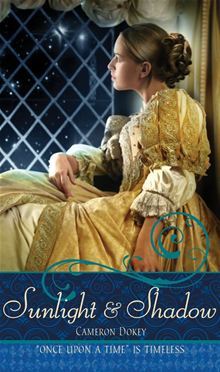 Sunlight and Shadow
By Cameron Dokey

Mina is the child of the Queen of the Night and the Mage of the Day. They’ve married to complete the world and join light and dark forever. Mina spent the first sixteen years of her life with her mother before being abducted by her father to marry a man of his choosing, due to a prophecy he overheard. Mina’s mother enlists the help of Mina’s childhood friend, Lapin, and a prince, Tern, to save Mina. Together, Mina and Tern must face deadly trials to prove their love and wisdom.

This book is part of a series of novels called Once Upon a Time, which are all retellings of fairy tales featuring teenage heroines and written by female authors – Cameron Dokey, Tracy Lynn, Debbie Viguie, Nancy Holder and Suzanne Weyn. Sunlight and Shadow is a revamp of a work by Mozart called The Magic Flute, which premiered in 1791.

I’d never heard of The Magic Flute until after I read this book, so I decided to do a little research courtesy of Wikipedia:

Tamino is given a magic flute to protect him and Papageno is told to accompany him with some magic bells. Pamina is being held by Monostatos when Papageno appears and scares him off. Pamina rejoices to find that she’s to marry Tamino and hopes Papageno will find a wife too. Tamino, Pamina and Papageno are eventually brought before Sarastro, who isn’t evil, but says Tamino must undergo trials of wisdom to earn Pamina’s hand.

Tamino makes it through the trials and discovers the Queen of the Night promised Pamina to Monostatos as well. Sarastro banishes them both and Tamino and Pamina are hailed for their courage and wisdom.

What I liked:
I didn’t know anything about The Magic Flute going into this book, but I didn’t feel I needed to. I  just accepted the fairy tale for what it was – a cute little romance with a musical theme. Having read the synopsis of Mozart’s piece I can see some similarities, but mostly Dokey used the characters in her own way. In the book, while Mina’s parents don’t see eye to eye, neither is evil and I felt that provided a nice lesson; neither light nor dark is bad and each needs the other. That being said, there wasn’t much else I liked.

What I didn’t like:
The characters and the plot were pretty thin – I know it’s designed to be a short book, but I really wanted more personality. There’s the “love at first sight” cliché that’s thinly disguised as “following your heart.” In reality, Mina and her love interest, Tern, know next to nothing about each other, yet their hearts beat to the same rhythm, so it must be love! Mina also happens to be “so beautiful she outshone the moon and stars alike.” Personally, I can’t even picture what she would look like and for a book geared towards teenage readers, I wish it wasn’t so superficial.

My other issue was the chapters – at first, each chapter was from the viewpoint of a single character. This was a small problem in itself because I had a hard time figuring out who was speaking since the characters lacked individual voices. I wish each chapter had just been titled with the name of whoever was speaking. However, even this wasn’t consistent, as halfway through the book the chapters started featuring the viewpoints of multiple characters – leaving me even more confused as to who was speaking. Unfortunately, it just wasn’t immediately obvious as to who we were hearing from and it made the characters seem less developed.

Sunlight and Shadow was a quick read and I’m working my way through the whole Once Upon a  Time series (I’ve read a handful already) – so while it wasn’t my favorite from this line of books, I don’t regret reading it. I wasn’t at all invested in the characters or the outcome of the story, but I do think the magical/musical elements gave this fairy tale a unique touch. The spine does classify this as ‘teen fiction’ but I feel like it should have been tagged as middle-grade fiction. If you’re interested in unique fairy tale retellings, or just going through this series, give it a shot. It’s quick enough that it doesn’t feel like a waste of time but really didn’t feel like anything special.