I don’t have as much to say about this book as I did about The Crimson Fairy Book, because a lot of my thoughts are still the same – as a modern reader, I often find myself asking “why” when a character randomly does something. I long for more plot, character motivation, sound reasoning! I tried hard to leave those thoughts aside and just enjoy these wacky little tales.

The back of the book explains that this volume contains some familiar tales like Jack and the Beanstalk, Rapunzel, The Ratcatcher and Snowdrop. But it also contains “a wonderful collection of lesser-known tales from French, German, Danish, Russian and Roumanian sources.” It contains 37 tales and is an unabridged copy of the original 1890 edition, complete with 4 plates and 93 illustrations by H.J. Ford.

This book contained several tales that I grew up with as a child: The Twelve Dancing Princesses, Jack and the Beanstalk, The Ratcatcher (I know it as The Pied Piper), Rapunzel and Snowdrop (aka Snow White). I first noticed that The Twelve Dancing Princesses was a little more sinister than I remember. In regards to their dancing adventures, the princes who dance with them all night long are all those who have come to find their secret – they had been made to drink a potion “which froze the heart and left nothing but the love of dancing.” In another tale, Princess Mayblossom (similar to Sleeping Beauty in that the princess is both gifted and cursed by fairies) the princess chooses to run off with a man simply based on his looks and soon regrets it. Yet, instead of learning a lesson, the evil fairy is blamed for the entire occurrence, leaving the princess free of any responsibility for her actions.

There are some stories that felt very familiar, not only to those in The Red Fairy Book, but also to other tales in this book. There are a lot of similar themes, like finding three magic items, receiving three gifts, fighting three enemies. The beautiful people are most often rewarded for being beautiful – though sometimes also clever and good – and they tend to marry other beautiful people. The villains are generally ugly or selfish – very basic representatives of the characteristics that can make us seem like bad people.

I found a nice quote in Jack and the Beanstalk – “…he was a very persevering boy, and he knew that the way to succeed in anything is not to give up.” I also liked the lesson at the end of The Voice of Death – A man decides he doesn’t want to die, so he travels far and wide to find a place where death doesn’t exist. He settles in a town where he’s told people don’t die – they just leave when a voice calls them away and they never return. The man thinks he’ll simply avoid the voice and live forever. Eventually, it begins to call him while he’s at the barber shop. First, he tries to ignore it, but it persists so much in calling him that he takes the barber’s razor and runs out the door, thinking that he will kill the voice. Instead, he falls into a pit and dies. No one can escape death!

It’s fun to read these tales, despite the fact that I might be left scratching my head trying to find a lesson or moral. I do wish that at the beginning or end of each tale it would say what country it’s from. I also think these would be excellent fodder if someone was looking to reference or retell an obscure fairy tale.

Here are a few of my favorite pictures: 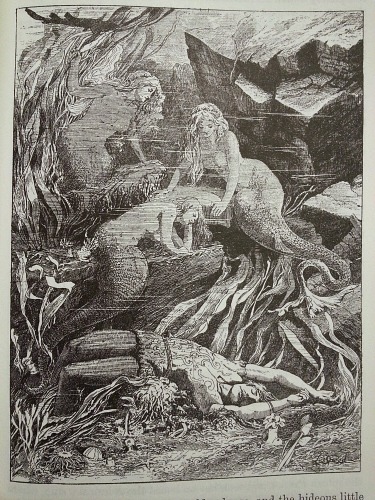 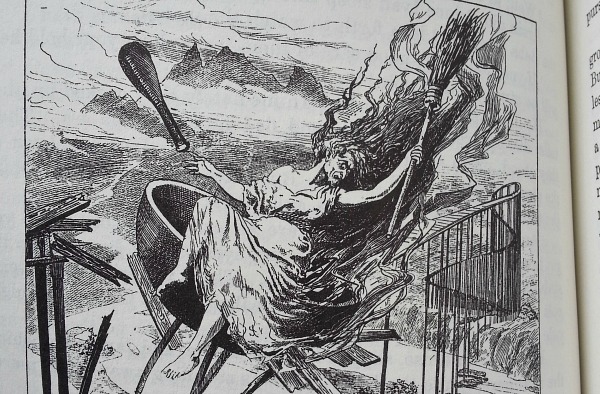 [•_•[] thank you to @torbooks for sending me a copy of In the Shadow of Lightning in exchange for my honest review. It even has some nifty swag, like a map, keychain, and temp tattoo that I stuck on my hand 🤣 I'm excited to get to this one soon!
[•_•[] I'm finally posting and finally reading the last book in the Wayfarers series by Becky Chambers. I'm looking forward to it but I don't want it to end 😭 Even though I've read the first two books a handful of times each and I can just reread them again and again 🤣 I'm also annotating it on my first run (not something I often do) because I've annotated all my US editions.
[•_•[] 2 of the 5 2022 novels from @neonhemlock 's indiegogo campain arrived! I'm excited for these (as I am any time NH has a new release) and I absolutely love the covers! I may have gone an ordered a few more older titles that I didn't happen to have today too 👀