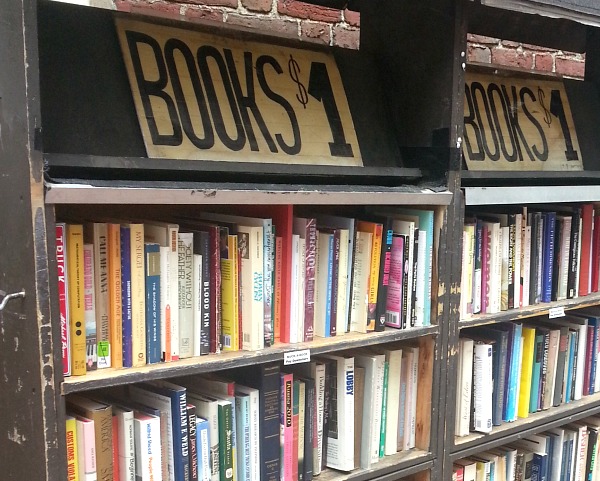 We all have our favorite authors – those writers whose work we need to own or read all of. I’m moving soon and my blogging has taken a back seat, but I wanted to post a little something anyway. Talking about my favorite authors is easy, and I’d love to hear some of yours!

I have my autobuy group – I will buy any new works of theirs that come out, because I’m sure I’ll love it. I supposed if I read the description and it sounded awful, I wouldn’t buy it, but I haven’t had that happen yet. If they have a larger body of work, it means that I’m usually hunting for any of their work I don’t own, so I can have a complete collection.

Tanith Lee – in my world, she’s the goddess of fantasy and sci-fi. A lot of her work is out of print, so I often find her novels in used bookstores. She has a very large body of work, but someday I hope I’ll own it all!

Charles de Lint – he’s excellent at urban fantasy and also has a large body of work that I’m doing my best to own. If you’re into fairies and other characters from folklore living in cities and making human friends (or enemies), check him out!

George R. R. Martin – we all love A Song of Ice and Fire (or we should!) but I actually want to work on reading more of Martin’s other fantasy works, and his sci-fi stuff too.

Philippa Gregory – I own all of her Tudor Court and Cousin’s War books so I just need to work on a few smaller series that she has as well as her one-offs. She also has a young adult series that I’d like to check out.

Walter Moers – Moers has created the fantastic world of Zamonia and at the moment I own all of his works. I’m eagerly awaiting the next City of Dreaming Books sequel and I have my eye on a full-color German edition of Captain Bluebear because his illustrations are fantastic.

Gregory Maguire – I love his fairytale retellings and while he has other works, those are what I’ve been focusing on so far.

Michelle Moran – she is my other go-to author for historical fiction. I just recently reviewed an ARC of her latest book, Rebel Queen and I plan on buying a physical copy once it comes out in paperback.

Paolo Bacigalupi – He needs to write more books in the Shipbreaker universe!

Christopher Moore – I own all of his novels and I’m eagerly awaiting more. He’s a master of comedy and…I guess you could call it modern fantasy and if you haven’t read any of his work you should check him out.

Jane Austen – okay, so I realize she’s not going to be releasing any new novels, but I have her original novels and a couple of volumes of her other works. But in addition to just constantly buying new copies of Pride and Prejudice (like the most recent cover-buy featured in this post), I also hunt for books about her work or inspired by her work. I don’t automatically buy anything that’s based on Jane, because frankly, some of it sounds terrible, but it’s always something I’m looking for more of.

So tell me, whose work do you automatically go after? Do we share any favorite authors?

3 thoughts on “Do you Auto-Buy Your Favorite Authors?”

[•_•[] another successful Target and BAM date with @kaycosmic_ in the books! Lol, pun intended, I guess. It's been a minute since I've had the chance to browse the bookstore and pick stuff that just catches my eye - though Atlas Six was on my radar thanks to social media.
[•_•[] it's here! I backed this project I'm not sure how long ago, but there were some (understandable) delays. But oh boy, is this a gorgeous hardcover with beautiful illustrations for each short. Very excited to read these!
[·_·[] I've once again let my monthly wrap-up posts fall to the wayside. Even my simplified post style was too much, I guess. So here's a photo-dump of my Sept-Dec reads.