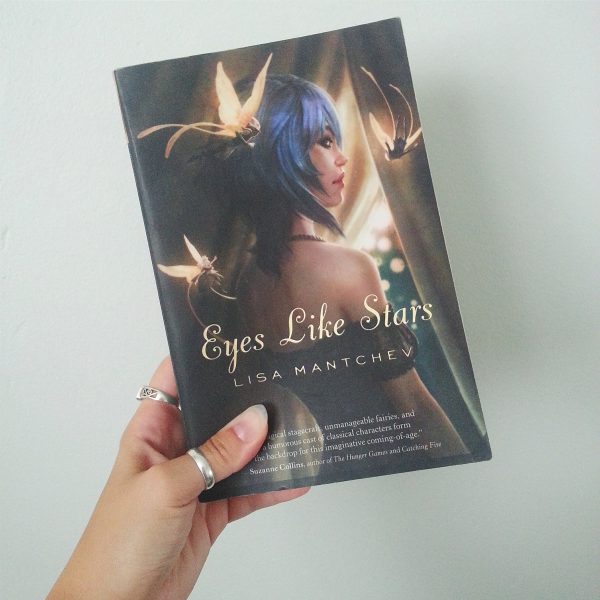 Bertie lives in a magical theater where the characters of countless plays come to life after the curtain falls. They are her family and friends, the only ones she’s ever known, after being mysteriously abandoned at the theater when she was a baby. Always one to cause trouble, Bertie is now on the verge of being thrown out of the theater, and must find a way to make herself useful in order to stay. But there is also a threat to the theater itself and Bertie must find a way to save the only home she’s ever known, and all the magical beings that live there.

This book sounded very promising. The back of the book does mention two men vying for Bertie’s love,  but I must have overlooked that part, because I thought this was a middle-grade book and had it been written as one, I’m pretty sure I would have loved it.

Instead I read a book that was suffering from a genre identity crisis. While the majority of the book read as middle grade, there were some awkwardly inserted “romantic” young adult scenes that left me confused and frustrated.

Many of the characters were fun and goofy and seemed like excellent allies, or enemies, for a 12-14 year old girl. Instead Bertie is 18 and mostly acts 12, until she’s around one of her two lovers, and then there are kisses and ballroom dancing and getting naked in a Roman-style bath together in order to have a serious conversation (yes, that happened). Yet none of these young adult scenes contains any real romance or even sexual tension that usually accompanies a true YA book.

There was a lot of flowery writing that drove me crazy too – it reminded me of Pierce Brown’s annoying love for strange similes. Examples:

“Everything smelled of ozone and singed velvet.”

“…someone pronounced in a voice that was silk-wrapped daggers.”

“Her next words were no more than flower petals strewn on a grave.”

“He stood coffin-still, as though carved from stone instead of poured from quicksilver.”

With a little rewriting, this book would make a funny and entertaining middle grade work. However, as it stands as “young adult,” it left me wanting a lot more from the writing and though the story ended on a cliffhanger, I won’t be reading the next installment. At least the cover art is stunning!