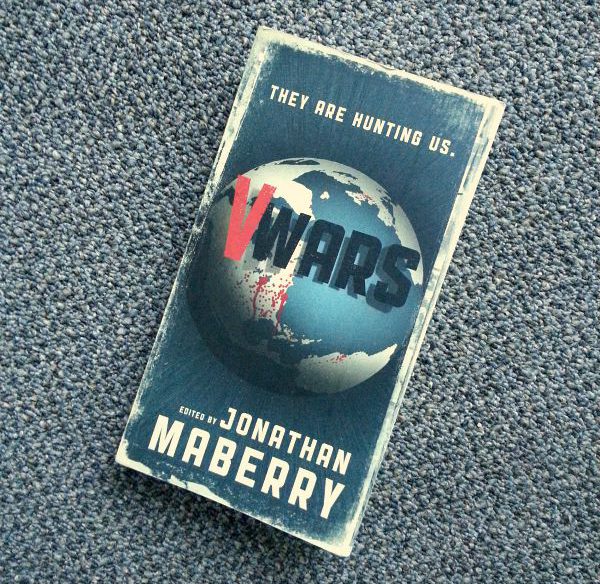 The V-Wars
Edited by Jonathan Mayberry

Thanks to the melting of some arctic ice caps, a strange virus has been released that has activated some long-hidden DNA in certain people, bringing out what appears to be vampiric tendencies. Each culture has its own breed, with its own unique feeding habits, and as their numbers grow larger, “humans” begin to fight back…

I purchased this book while on vacation and ended up picking it up randomly. I thought it was a novel, but it turned out to be a collection of short stories. I didn’t mind at all, as each story ran together smoothly to create this new world full of vampires.

Honestly, most of the writing seemed to have the same voice, despite depicting different view points of different vampires and humans throughout. In that aspect, it reminded me of the Wildcards series – another set of short stories all written in the same universe. My favorite element was the differences between the breeds of vampires, and even werewolves, that emerged from the virus. Some vampires fed on blood, others ate the flesh of humans as well, while others could feed on the energy of any living object. There were even werewolves, some bound to fight vampires whenever they encountered them.

I highly enjoyed the different perspectives throughout and how several of the stories mentioned events in previous stories, making everything feel more complete. I flew through this collection and would certainly welcome more stories from this vampire-ridden version of Earth.