Who is Harris Burdick? In his intro, Lemony Snicket tells us that Burdick dropped off fourteen beautiful illustrations, each with their own title and caption, to a stranger, promising he’d return with more illustrations and stories to match. But he never returned, and so fourteen writers have done their best to put a story behind each picture (or perhaps, as Snicket theorizes, these fourteen were contacted by Burdick in secret and given the stories to match, or had them hidden in their homes for safe-keeping).

This book was recommended to me by my friend Mel, but even if she hadn’t pointed it out, the list of authors would have drawn me in.

We’ve got: Tabitha King, Jon Scieszka, Sherman Alexie, Gregory Maguire, Cory Doctorow, Jules Feiffer, Linda Sue Park, Walter Dean Myers, Lois Lowry, Kate DiCamillo, M.T. Anderson, Louis Sachar, Chris Van Allsburg, and Stephen King. They run the gamut from what happens when you sweep things under the rug, bottling a cruise ship, moving wallpaper, and a house turning into a rocket ship. They’ve all got a touch of fantasy, and some were quite unsettling, which I didn’t expect but loved.

I enjoyed all the stories, but my favorites were Under the Rug by Scieszka, The Third-Floor Bedroom by DiCamillo, Just Desert by Anderson and Captain Tory by Sachar. I’d recommend this for the young and old alike. 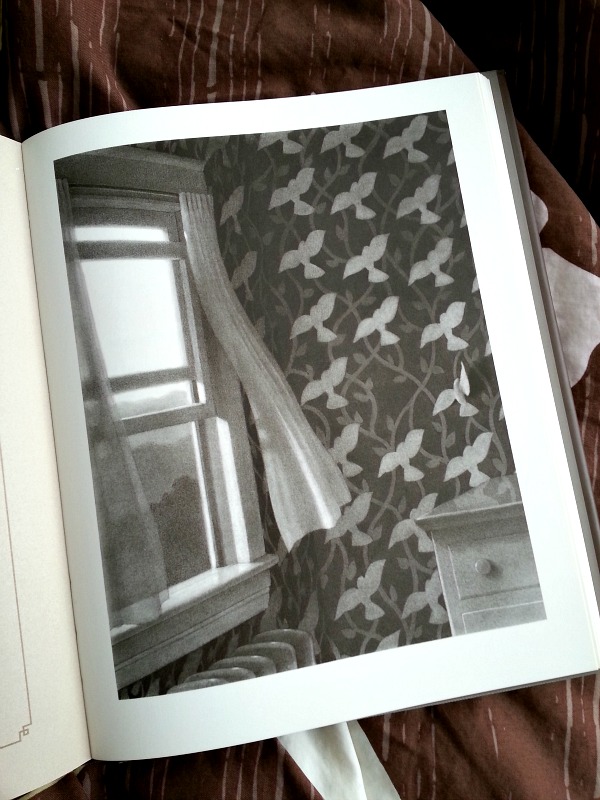