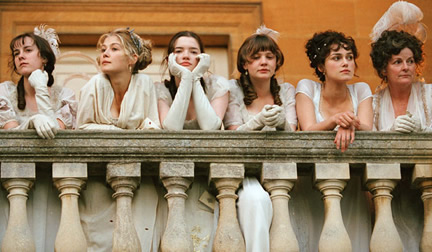 To round out my celebration of Jane Austen’s work, I watched a few movie adaptations she inspired. Naturally, I started with my favorite (hint: I rhymes with Bostonhand). 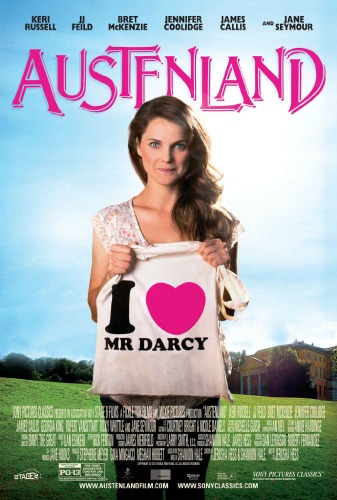 If you haven’t heard (read) me say this before, this film is based off the book by Shannon Hale. Back in 2015 my Mum and sister recommended this movie to me and I’ve been in love with it ever since. Last year I got my hands on the novel and loved that too. This movie is a solid adaptation with only minor changes to the original story and it has become one of my favorite films and certainly my most watched over the last year or so. 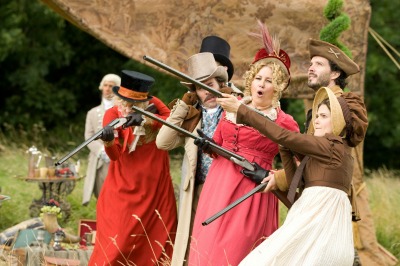 Keri Russell as Jane Hayes is a charming Austenite trying to get over her Darcy obsession. She takes a trip to Austenland, an estate in England offering an immersive stay in Jane Austen’s world. She finds because she’s paid for the Copper Package that her experience will differ from those of the more wealthy residents, but she’s determined to make the best of it and put her Darcy fantasies in the past where they belong. 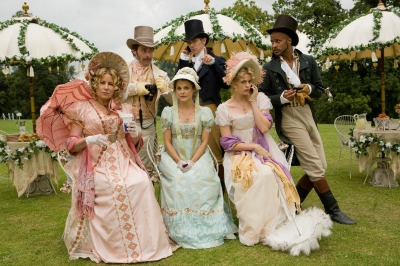 This movie is all sorts of cute and even if you’ve never read Austen’s work, if you like romantic comedies and the Regency era, I highly recommend this. Also, JJ Field 😀

I’m not sure when I first saw this movie, but it was long before I started reading Austen’s work, so I was unaware it was a modern adaptation of Emma. 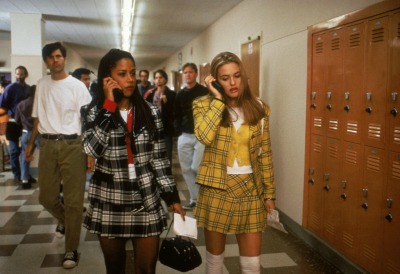 Cher, typical popular, rich valley girl, sees herself as a matchmaker and when she meets scruffy, but kind-hearted Tai, she decides to give her a makeover and set her up with one of the local hotties. Tai rises to the occasion and soon becomes more popular than Cher, throwing her life into perspective. Cher suddenly begins to see how selfish she can be and works to remedy that, while also taking a shot at love. 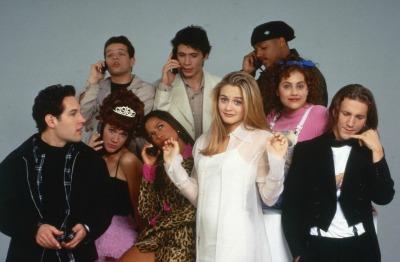 I enjoyed this movie more than I thought. Though I recalled the main plot, the little details of the movie made me smile and I now enjoy the parallels to Emma. The entire cast is great and young Paul Rudd is a super cutie. I assume everyone has seen this, but if for some reason you haven’t, give it a chance. 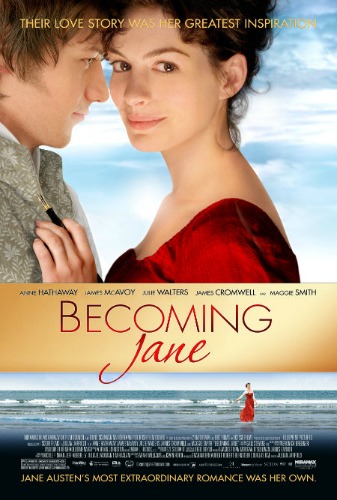 There is actually a book with the same title and though I haven’t read it yet, I’m not sure the movie follows it very closely. I’d seen parts of this movie before, but never sat through the whole thing. 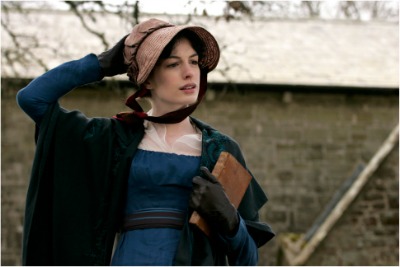 The film depicts young Jane, around age 20, as a young writer who dreams of marrying for love. Her parents would rather she marry for money (the mother feeling a lot like Mrs. Bennet) and are eyeing up rich, young, rather boring Mr. Wisley. Jane instead falls for Tom Lefroy, but if the two marry he would lose his chance at any inheritance and both would fall from polite society. 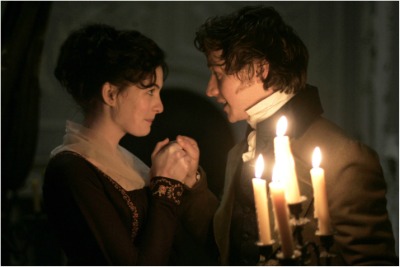 This movie threw me for a loop by opening with a scene hinting at oral sex between Jane’s parents and frankly I thought it unnecessary. Overall the movie gave off very Pride and Prejudice vibes, but without likable characters. Anne Hathaway is lovely (and McAvoy is a cutie) but she didn’t win me over. There’s three men courting Jane and while I know Lefroy was real and not much is known about what might have been the start of a relationship with him, I think the movie felt the need to jazz up Jane’s life and add a heavy amount of drama. Halfway through I stopped paying attention and it didn’t really matter. Can’t say I’d recommend. 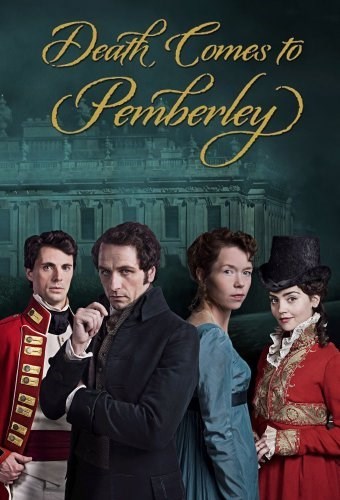 I’ve just reviewed the book this mini-series is based on, so this follows the same story of a murder mystery unfolding at Pemberley several years after the marriage of Darcy and Elizabeth. 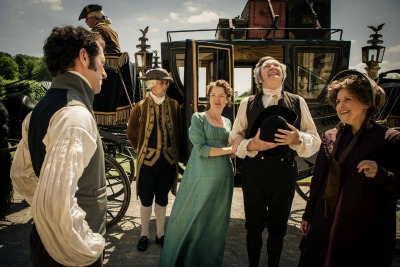 Overall, I think the series did a fairly faithful job in adapting the novel by P.D. James. Mr. and Mrs. Bennet take the place of Jane and Bingley as guests at Pemberley and this added some unnecessary extra drama thanks to Mrs. Bennet’s personality. Mr. Bennet does slap Lydia at one point though, which is super gratifying. The series also amps up how much of a prick Wickham is (which really isn’t needed) and created drama between Colonel Fitzwilliam and Georgiana, as well as Elizabeth and Darcy. The added drama felt cheesy to me, but if you watch the series before reading the book it likely won’t bother you. 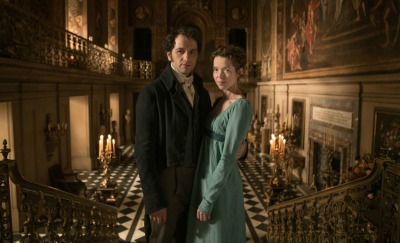 They did include a paraphrasing of the de Bourgh line about death that I liked, so that made me laugh again. There’s also some Regency sex, which wasn’t necessary and of course didn’t fit with the story being told because heaven forbid anyone even kiss in those novels! I don’t think I’d ever watch it again, but it’s worth a viewing if you have a spare three hours.

There were a few more movies I would have liked to watch (though I can’t recall most of them because they were saved on my Netflix list but now they’ve all been dumped from the site) and I did try to find The Jane Austen Book Club, but I didn’t want to pay to rent it so I gave up.

Have you watched any of these or any other Jane Austen-related films you’d recommend?