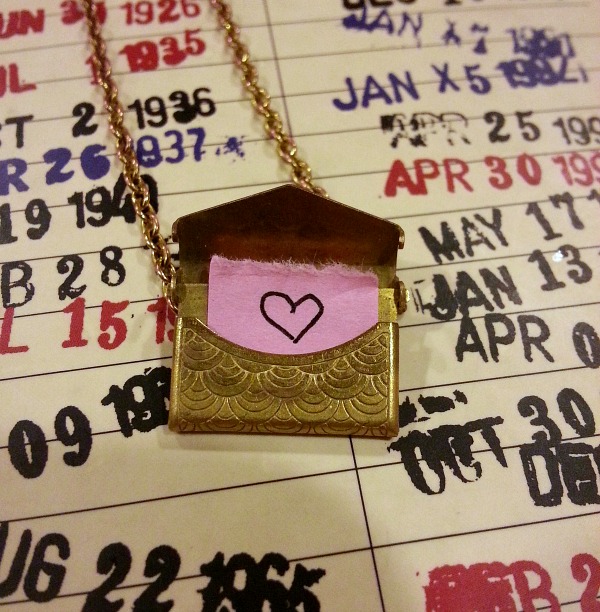 Underrated books – we all have a list of books we love that we think don’t get enough attention. I sort of love this because sometimes books get so much hype that they don’t live up to people’s expectations or might be ignored by someone because everyone and their brother and their cat is telling them they have to read this damn book. But at the same time, I want to talk about some of the books I love that are less well known.

Now, I haven’t done extensive (read: any) research on the books I’ve randomly selected for this list, so tons of you might be like, “Hi Millie, we’ve all read and loved these books and thus they’re not underrated and this post is crap.” and if that’s the case, whoops! I suppose there’s also a chance you’ll tell me you’ve read these books and think they’re crap and that’s why no one talks about them, in which case you can…feel free to have a healthy debate with me in the comments! (Might have thought I’d say something nasty there eh? Don’t think I wasn’t tempted…)

These lists are by no means comprehensive, just totally random books I’ve read in the last handful of years (or have been rereading since childhood) that I think people aren’t talking about enough! I’ll do my best to blurb them in one sentence, but I can’t promise I’ll make them all that enticing.

The Enola Holmes series by Nancy Springer
Sherlock and Mycroft’s little sister is breaking conventions and solving crimes on her own, with an impressive vocabulary to accompany her!

The Lost Years of Merlin series by T.A. Barron
Who doesn’t want to read about a young Merlin coming into his powers? Honestly, I haven’t read this series since I was in high school, but I still recall it fondly and hope for a re-read someday.

The Piratica series by Tanith Lee
The first book is the best, but the rest are still worth a read if you love sassy heroines, adventure on the high seas and pirates who are really actors.

The Haunted House Project by Tricia Clasen
A contemporary story about dealing with the loss of a loved one and a girl’s struggle to bring her family back together.

Blood and Chocolate by Annette Curtis Klause
Only the best teen werewolf story evar. Everyone is so sexy!

A Northern Light by Jennifer Donnelly
A murder mystery set in 1906, starring a heroine who wants to be a writer.

Feed by M.T. Anderson
A look at what technology could become and how it could change us. Beware social media! (Except my blog, it’s totally safe!)

The Witch of Blackbird Pond by Elizabeth George Speare
The classic (?) tale of an orphan girl who goes to live with distant relatives in a Connecticut colony and befriends the local Quaker woman who’s seen as a witch, endangering herself by association.

Just Ella by Margaret Peterson Haddix
A great Cinderella retelling – another book I haven’t read for years but I remember loving it and also that the glass slippers really hurt her feet, which seemed likely and I don’t know why it’s not mentioned more often.

City of Dreaming Books by Walter Moers
Anyone who loves books and hasn’t read this is missing out! It’s literally about a city that revolves around books and is made of books and there are underground catacombs with monsters that book hunters explore to find rare and valuable tomes. PLUS IT’S ILLUSTRATED! ILLLLUUUUUSTTRRAAAATTEEEDDDDDD!

Silver Metal Lover by Tanith Lee
Ok so, of course, she’s going to be on here more than once, but this is some great sci-fi about AI and the relationships people can form with them.

The Regional Office is Under Attack by Manuel Gonzales
A secret government agency with super heroes and double crossing and women in the leading roles.

The Lies of Locke Lamora by Scott Lynch
Epic fantasy with con men of the highest caliber, great humor and the most amazing city I can picture with fabulous world building that I’m desperate for more of.

The Golem and the Jinni by Helene Wecker
A golem and a jinni (well, duh) trying to make their way in New York at the turn of the 20th century. Talk about unlikely friendships and immigration stories!

Keeper of the Crystal Spring by Naomi Baltuck
Honestly, I don’t remember anything about this book except how much I friggen love it. Goodreads tells me it’s set in 1086 and follows a girl whose pledged herself to the Goddess of the Crystal spring and is attracted to two different guys and I’m pretty sure there’s magic, so I’m calling it fantasy.

The Onion Girl by Charles de Lint
Urban fantasy at its best – Crow Girls and Coyote and magical paintings galore.

Fevre Dream by George R.R. Martin
Vampires living in 1857 and cruising down the murky Mississippi with a grizzled, down-on-his-luck captain.

Something Missing by Matthew Dicks
A pragmatic thief with OCD who steals things people will never notice (like toilet paper) finds himself caring for these people he’s never met (yet steals from routinely) and starts interfering in their lives in a more positive way.

Shopgirl by Steve Martin (yes, that Steve Martin)
Mirabelle sells expensive gloves in Beverly Hills and lives the life of a lonely cat lady until she tries to start a relationship with a billionaire.

The Absence of Nectar by Kathy Hepinstall
Alice seems to be the only one who fears she’s in danger from her stepfather until her mother tells her to run one night.

Austenland by Shannon Hale
What if you could spend a few weeks in the pages of an Austen novel??? If Austenland was real, I’d be saving up for my trip right now.

Into the Darkest Corner by Elizabeth Haynes
I don’t read a lot of thrillers, but I was incredibly impressed with this tale of a crazy stalker ex-boyfriend and the mental havoc he’s wreaked on Catherine. This book had me jumping at the slightest noise and looking over my shoulder every few minutes.

Love Virtually by Daniel Glattauer
A mistakenly sent email leads to two people falling in love and wondering if their relationship can survive a meeting in person. Pro-Tip: There’s a sequel, but don’t read it. Don’t even read a blurb. It will ruin the ending of this book.

The Gracekeepers by Kirsty Logan
A traveling circus ship, an undertaker living alone on an isle of the dead and unexpected romance meet in this strange, ethereal book inspired by Scottish myths.

West with the Night by Beryl Markham
An autobiography about a woman who lived in Africa, raised and trained horses and also became an aviator in the 1920s.

Blood & Beauty by Sarah Dunant
Historical fiction about the Borgias – I love the way Dunant writes (and totally need to getting around to reading her other works.)