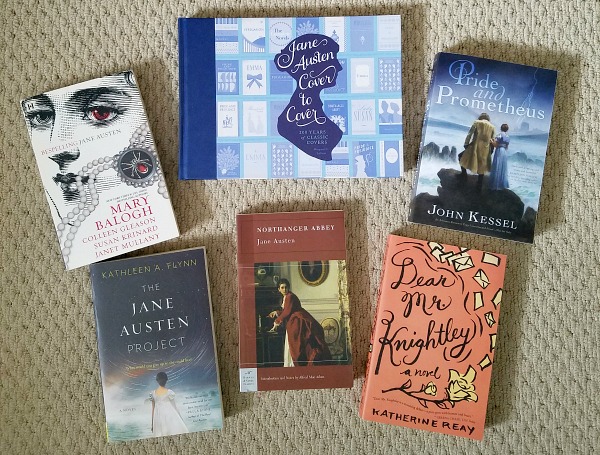 It’s February and if you’ve been around for a year or more, you know what that means! If you’re new (or you dgaf) it’s Austen Month! I dedicate the majority of the month to reading and watching Austen’s books, adaptations and inspirations.

This month I’m likely setting some ambitious goals, considering my ongoing TBR Tear Down and the fact that I’m doing a couple buddy reads. But I’ve made priorities within my TBRs to accommodate the reality that I might not get around to reading everything. 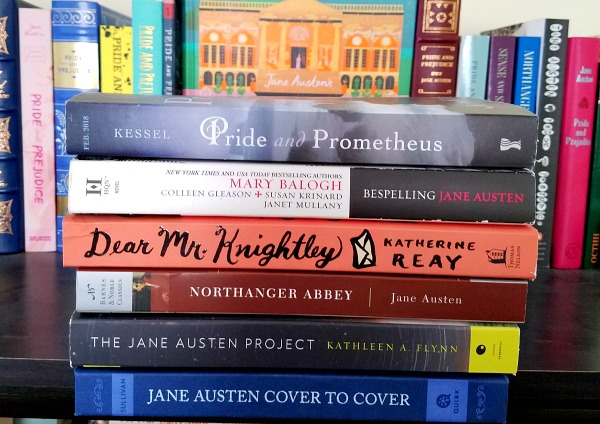 The two priority reads are Pride and Prometheus, which I’ve received for review thanks to Geek Girl Authority, and The Jane Austen Project, which Nicole and I have been meaning to read for quite some time (it was also a gift from Sweetbeeps from over a year ago and I’m a terrible slacker.)

I’d like to get to Bespelling Jane, even though I suspect it will be terrible, and Dear Mr. Knightley because I’m hoping it will be cute. I want to reread Northanger Abbey now that I have a good understanding of the tone Austen was going for and looking through the Jane Austen Cover to Cover shouldn’t take long, though it will undoubtedly make me lust for editions I can’t have. As though the 30-something editions I do own aren’t enough!

The 2007 adaptation of Northanger Abbey because JJ Fields. Scents and Sensibility because it will definitely be cheesy as hell and it’s free with my Prime subscription and the 4-episode Emma miniseries because it seems promising. I will likely also make time for Austenland because it’s probably been a month (or maybe two -gasp!-) since I’ve watched it and I’m having withdrawals. I might watch the 2005 P&P because it’s decent and I don’t think I’ll get to rereading the book this year. I’d like to restart the Lizzie Bennet Diaries because I got partway through years ago and it was cute, but there is a fuckload of episodes and I’m just not sure I can pay that much attention, so it’s last on the list.

So feel free to join me in my quest to devour all things Austen. If you’ve seen or read any of these, let’s chat! Or, if you like to focus on a different author in a similar way, we can talk about that too!