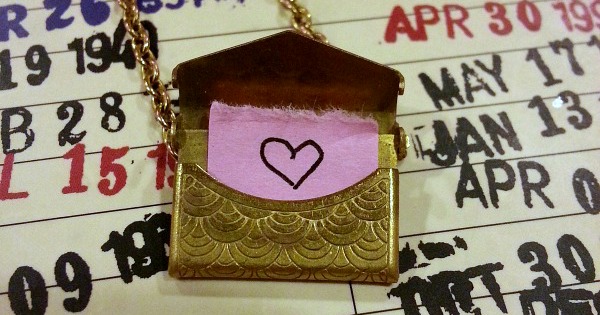 I recently read the first Hilda book, based on the comics, and then decided to start watching the show!

Hilda has lived in the valley beneath Bobblehat Mountain her whole life. After her first encounter with a troll, rather than enjoy a relaxing night at home, she and her mother find themselves under attack. The mysterious, invisible attackers turn out to be elves who live in the valley and want Hilda and her mother gone. Hilda sets off an adventure, her favorite thing, to try and save her home and compromise with the elves.

I bought this on a whim because the cover caught my eye, and it’s beautifully illustrated and designed (keep your eye out for the upcoming Judging post), and also it’s middle-grade. I was disappointed to find the Netflix seal is printed on the cover, but not surprised because that seems to be a thing publishers love to do to annoy readers.

This is a cute novel which originated as a comic series. Fans of Hilda can really get their fill by reading the comics, and then the novelizations and then watching the show!

Hilda is an adventurer and one who does her best to look on the bright side. Throughout the story she learns to look at life from the perspective of the elves in the valley and it felt like the theme of the book was to look at life from someone else’s perspective. She also enjoys sketching and I love that the book opens with her getting into a scuffle with a troll because she has to take the opportunity to sketch it from several angles and get the eyes just right.

Hilda also lives in a world that mixes modern technology with fantasy, which I enjoyed. Her mother is a graphic designer and they own a TV and car, but also there are giants, trolls, elves, and other creatures living in the wilderness.

There were a few good learning moments I noticed. Readers get to learn the word comminution (which I’d never heard before), because Hilda reads it in a letter from the elves and she asks her mother what it means (“smashing something up into tiny pieces” say mom). I love that she blatantly asks about a word she doesn’t know, I think it’s important for younger readers to do the same. I also love when middle-grade books aren’t afraid to use “bigger” or “adult” words that their readers likely haven’t heard before.

Hilda is also warned against signing a contract without reading it – important advice for readers young and old. She also makes a point of noting that Twig, the deerfox (who is ADORABLE) is her friend, not her pet. Another important message for young readers.

My only real issue with the book is the end. I won’t spoil it, but an event that has some pretty significant consequences takes place and it’s pretty much just accepted by Hilda and her mother with little impact. I get that the book was trying to promote a positive outlook and it kept in line with Hilda’s attitude. But I felt that no matter how positive you view difficult times in your life, it would have been pretty traumatic, especially for a child.

I also found this lovely quote:

“…she had forgotten the thing that makes home home in the first place – the presence of the people you love.”

Overall, it was a fun, heartfelt read and I appreciated the art and design as well as the message. I do think the end was abrupt and I wanted a bit more depth from the story and characters. This is certainly on the younger end of the middle-grade scale and appropriate for early readers. While I could have kept this on my shelf and admired the illustrations from time to time, I decided to pass this on to a friend who has a young daughter. That was the right move, as she apparently started reading it right away and had already heard of Hilda. Even though I won’t be pursing the series, I’m glad I gave it a shot and I’m even gladder I could pass the book on to a young reader who will love it.

Show description: Hilda, a fearless blue-haired girl, travels from a wilderness full of elves and giants to a bustling city packed with new friends and mysterious creatures.

After reading the book, I wanted to check out the show and see how it compares. I’m just going to discuss episodes one and two because (I’ve only watched three episodes) they cover pretty much the same material as the book.

Episode one gets through about half of the book. Alfur, Hilda’s elf friend, is a lot less snarky and sarcastic in the show. He comes across as more of a genuine friend and while I missed the snark, I think he makes a better companion in the show. Her journey to save her home also felt less like an adventure. In the book, she must complete three specific tasks and while they were brief, they added to the feel that she was on an official quest. The show abbreviates her mission and it was disappointing. The wood man, another oddball character from the book, is also given more screen time than page time. In the books Hilda finds him annoying, but in the show he seems like another potential friend of hers and I hope we see him on more adventures.

Episode two ends a little farther along than the book, but my issue with the book ending also exists with the show. I knew it was coming so it was a little less annoying, but they didn’t make any real changes to the impact of the ending and I was disappointed. They did tie it in a little more to Hilda’s experiences with the elves and their perspective, but just barely.

The show is just as adorable as the book though. Twig is THE BEST and I want him to be my friend and I want to hug him and if they ever make Twig merch I’m going to need it. I love the color palette and the bold, simplistic art style. I also enjoyed that the characters all have British accents!

I do think I’ll continue the show just to find out where things head, since I won’t be reading the books or comics. I recommend the show for younger audiences, as well as anyone looking for a cute show with some low-key Adventure Time vibes.

[•_•[] Thank you to @torbooks for the review copy of Goliath by Tochi Onyebuchi. I've been reading a lot of comics the past couple weeks and I was feeling ready for a novel again.
[•_•[] Still enjoying the Way of the Househusband manga. Still struggling to focus on reading. Still wondering what the point of posting on social media is. Still here anyway.
[·_·[] I received these books for free from @workmanpub in exchange for my honest review. I decided to get some nonfiction, how-to type books that might prove useful to me in the future. Ok, or, the noodle book is maybe more for someone I know who happens to actually like cooking, and I just want to eat the noodles. But whatever!!! The point is, I'm not always just interested in sci-fi and fantasy lol.