If you follow me on Instagram (hey, shameless plug, how ya doin’?) you might recall I was in Arizona for the week of Thanksgiving. It was my fourth time out there visiting my aunt and grandmother, so rather than do a ton of sight-seeing, we did a ton of book shopping and eating of delicious foods. So I wanted to share!

I had to wake up at like 3 am and fly all morning, so I informed my aunt I would need breakfast and coffee basically immediately after landing. She brought me to Ghini’s, where I promptly devoured delicious strawberry and whipped cream crepes and an ok latte. My aunt’s omelet was super good too – we liked the food so much we went back on my last morning there. There’s also a bakery they share the space with and everything looked fabulous and I wanted to eat it all.

Also, the Tucson airport has a legit bookstore (it’s super cute) and the moment I got off the plane I stopped in and purchased a book. How could I not!?

“Ok, that’s reasonable,” you think. “You love books after all.” Then you see that I brought SEVEN books on vacation with me. Probably it’s a little less reasonable that the first thing I did upon landing (before even a bathroom break!) was to buy a book. 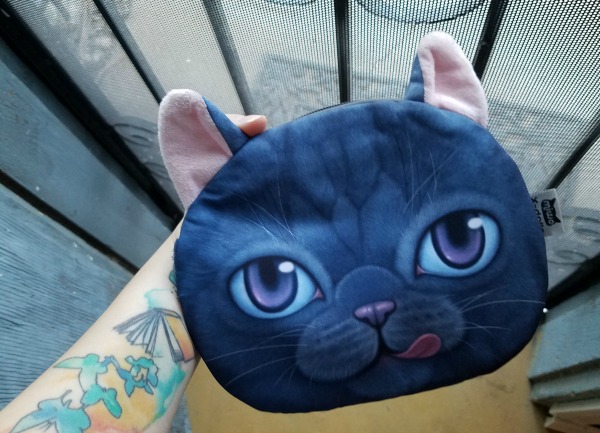 I also bought THE BEST PURSE EVER after we stopped for breakfast. 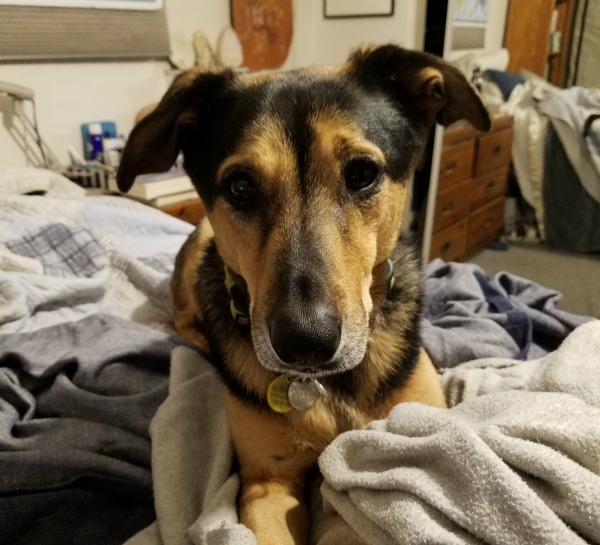 This is my aunt’s dog, Xavi. He is adorable and sweet even though I’m very allergic.

I was really digging the aesthetic of my grandmother’s yard. If only I had year-round access!

Our first stop was one of three Bookman’s locations in town. They’re my favorite bookstore ever. They have a huge variety of used books, plus some new ones, as well as DVDs, CDs, other music-related stuff and little odds and ends and gifts. They’re just awesome! I would be at any of their locations pretty much all the time if I lived in Tuscon. Plus they do a lot of community events too, like game nights and stuff.

I forget what this book was about, but seeing the picture of the cover again made me regret not buying it. Also, I really relate to that robot wrapped in a blanket.

That’s pretty much all I do… 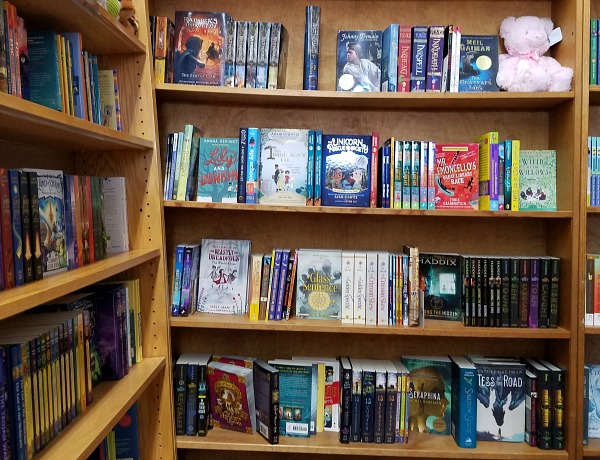 We also stopped a different indie bookstore (not a Bookman’s!), but I’m a jerk and I forget what it’s called. I’ve been here before though. I appreciate their middle-grade section. But if you’re looking for new and used mystery books, this is the place to go. I swear, half the store is mystery/thrillers. 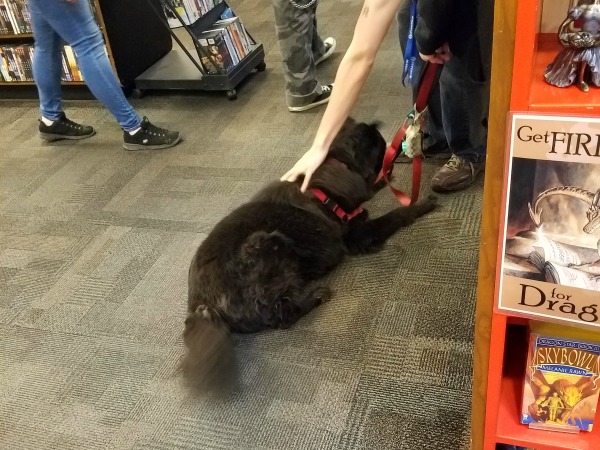 We went to another Bookman’s (yes, we went to multiple bookstores in one day – pretty sure it was 3 or 4 – my aunt loves book shopping just as much as I do) and there was a dog. He’s a regular, apparently.

Another book I regret not taking home with me (except that my suitcase was already literally full of books and almost too heavy for me to carry at the end of the week) because of that rad cover.

Does anyone remember these? I had so many as a kid! I know the very first one I read was Vampires Don’t Wear Polka Dots.

They also sell mugs that remind me of the Hello Neighbor guy. 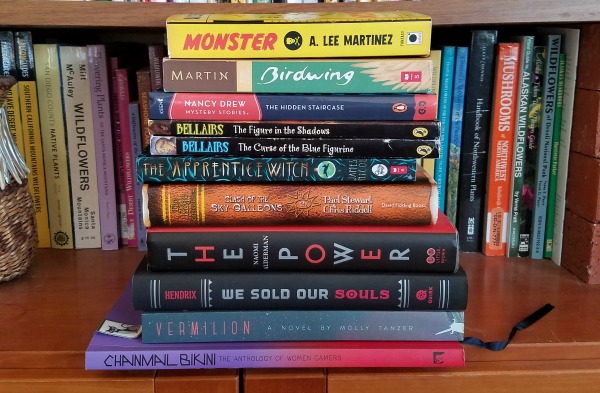 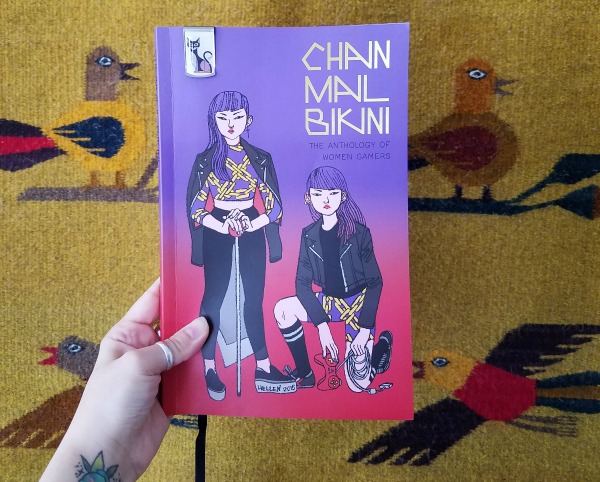 I like this weird bird tapestry my grandmother has hanging up at her house.

We also went to a couple of Barnes & Noble locations. One of them was two stories and it was the saddest bookstore I’ve ever been in! Despite being huge, half the store was still games and toys and other dumb stuff (ok, I don’t really think it’s dumb, I’m happy if that sort of thing brings people into a bookstore) and the rest was open space. There was so much room to just walk around and do activities. They didn’t even have a lot of seating areas! LAME.

Your girl still bought a middle-grade book though. 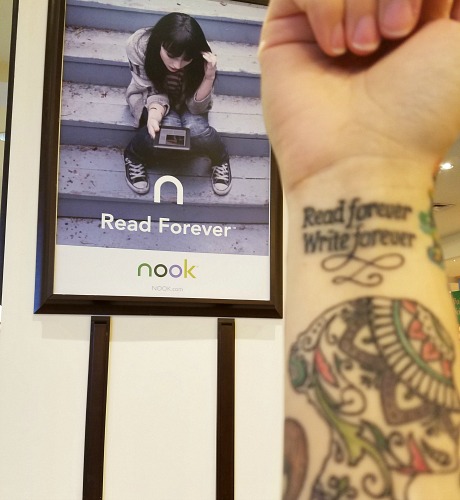 Also, here’s the ad that inspired my wrist tattoo. Neat, I guess.

The third Bookman’s we went to was actually a location I hadn’t been to before! But I think that’s technically because they moved? Anyway. It was the smallest one, but I found an awesome Lord of the Rings set. 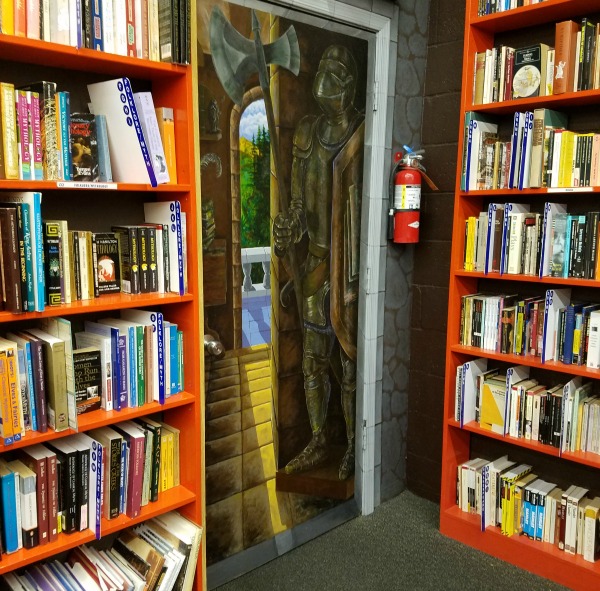 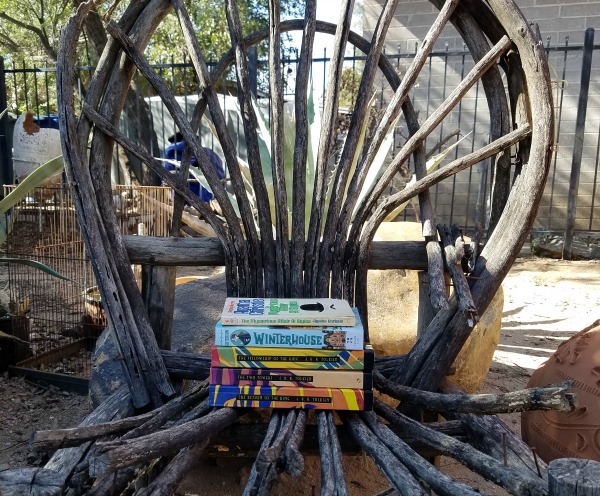 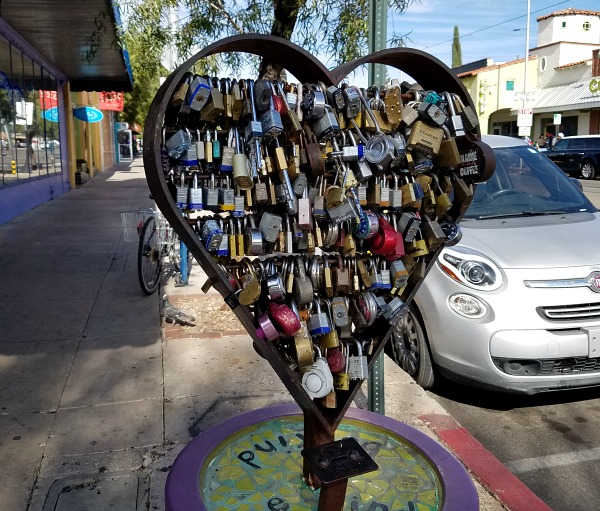 Not ones to ignore a bookstore, my aunt and I had to visit Antigone Books, which also has a good selection of stationery and other little gifts. 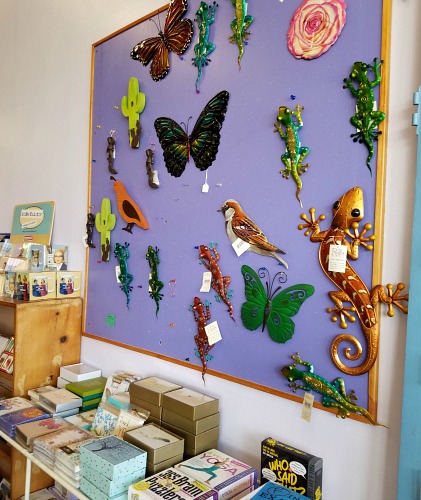 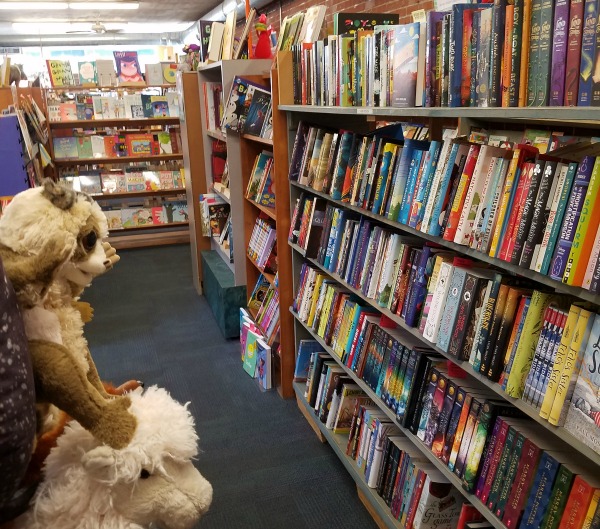 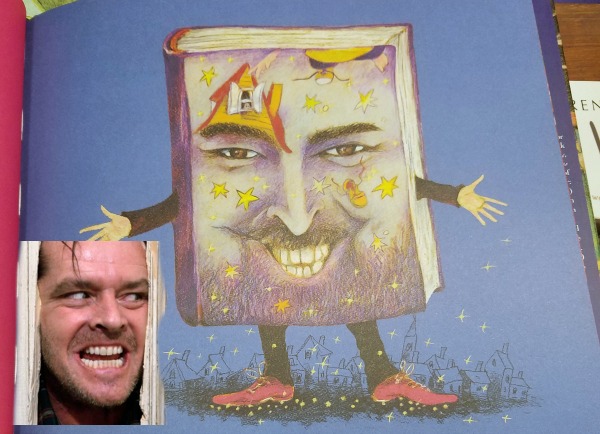 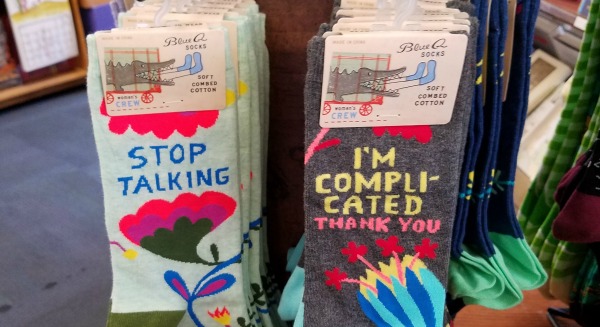 These are the best socks.

My Antigone haul. I will probably never use that little pouch, but it was too perfect to pass up. Also it matched my book.

I didn’t photograph most of the food we ate (because I was too busy cramming it into my face) but I did snap a few pics of the yummy chocolates we bought from See’s.

Ok, I guess I didn’t take pictures of the ones we actually bought, but I did take a picture of my free sample. It was tasty.

It was a wonderful week, even if I bought entirely too many books. I also did a lot of reading and relaxing. We did spend an afternoon at the Desert Museum because there’s no way I was going to pass up on the hummingbird room! It’s my favorite. 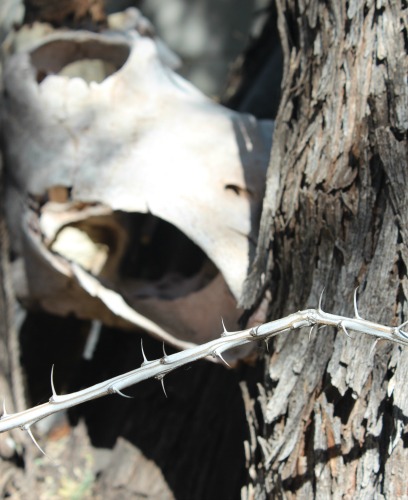 [·_·[] hi, here's a book I read. That's what I use this app for, right? Talking about books I read?
[·_·[] just your local normal cool girl dressed like a hippy witch and looking intellectual by reading ~Shakespeare~ in a public place.
[·_·[] Now that it's halfway through September (hurk), I'll tell you what I read in August!